A few weeks ago I wrote a post titled Church Sucks – a look at how the church fails people when it is a building instead of a body of believers.

If you read the last essay, Church Sucks, skip down. If not, here is a summary:

The crux of these thoughts began with a prayer I heard during a softball tournament a few weeks ago. At the end of each of our games we all shake hands, talk about the game and then pray for each other and the churches represented by the two teams. Most of the prayers begin like this:

Dear Lord, we want to thank you for letting us pretend we’re young and run around on this softball field with other men. Thank you for keeping us safe and we pray that you will help us to remember that while we are out her having fun tonight we have a higher calling…

That night I heard two very different endings to the fairly stock prayer. One pastor asked God to prepare us for our calling Sunday, when we would be sharing the gospel in our churches. He asked that we be prepared to share the message of salvation for the people who come through our church doors who are hell-bound.

Another pastor, at a later game (yes, one of my totally cool pastors who I love and am probably clearly biased towards but that’s not what this is about) prayed a similar prayer but ended by asking for strength and courage, as we return to our jobs, families, cities and neighborhoods, to share the love Jesus has shared with us.

There is truth in the first prayer. We believe there is redemption through Jesus’ saving grace and those who don’t have that salvation will suffer. We also have these buildings that house communities that are supposed to serve as shining lights in a world of darkness, loneliness, hate and suffering.

The danger here is as the American church we’ve grown lazy and fortified ourselves in our big churches. We have also solidified our beliefs as political platforms (that often don’t line up biblically) and don’t negotiate with terrorists (read: the very people we’re called to love).

As a church, we do more harm than good when we approach people as if we’re heroes and saviors instead of selfish sinners redeemed through grace.

In the American church, a lot of what we talk about is how we can save the people who aren’t sitting next to us on Sunday mornings. We talk about Jesus’ redemptive power and love, then go out into the world like superheroes trying to shove people away from the gates of hell. We aren’t Batman, we have to save through love and not force.

We seem to be very concerned with saving people from the fiery eternal place of damnation we call hell, and we are also concerned with condemning those very people who believe things different from what we believe. 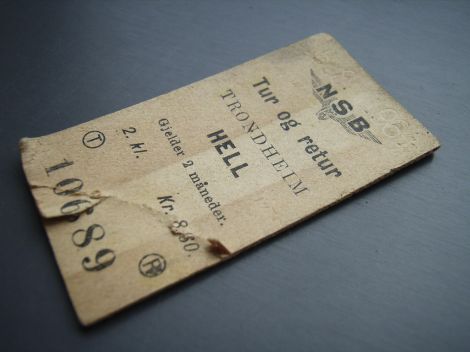 When Christians firmly state to non-believers, we are here to save them because they are hell-bound we are immediately jerks and not saviors. We have, in most cases, just built a wall of anger, hurt, mistrust or indignance between us and the person we were trying to “save.”

No matter how hungry for truth, redemption or a new idea someone is, non-Christians still generally don’t walk around thinking they’re completely wrong and bound for eternal suffering.

It also lends to an us v. them mentality which implies we are better than them because we are saved and they are a hell-bound sinner. At the end of the day, the only difference between us and them is that we have accepted the grace of God and they haven’t yet (read: we didn’t do anything in and of ourselves).

We must gain trust through love, grace and compassion before anyone will want our brand of redemption. Some may say, “Well they are hell-bound and they need to change their ways and repent.”

Yes, but that’s not how God approached us and not how Jesus approached those around him. He came to us in all of our muck, our selfishness, our pride, our hurt and won our trust. If he hasn’t won your trust and adoration – if you don’t read the New Testament and realize how absolutely radical Jesus’ behavior was and how perfectly compassionate he was to the very people we judge on a daily basis – chances are the Christianity you subscribe to is more of a hell insurance policy and less of an absolute state of awe before the creator of the universe.

Trusting in Jesus and his redemptive love will breed change in hearts and change in behaviors. Jesus often said go and sin no more, but that’s never the first thing. The first thing was going to the homes and towns of the people he disagreed with or the people who were flawed and hurting and he loved them.

Zacchaeus was a high-ranking and corrupt tax collector who was most despised (and also a wee little man). In Luke 19 Jesus sought him out of a crowd, went to his home and ate lunch with him. Zacchaeus changed on the spot. To save those around us, if we really truly care about Jesus’ message of love, we have to love them. We can’t expect anything in return but we can hope they will see Christ in us.

We also concentrate on hell a lot in our talks of redemption. Instead of showing people a radical way to treat humans around us and share the compassion of a loving god, the God, we try to scare those around us into believing what we do. That makes us look like members of the U.S. Congress.

Christianity isn’t about hell and avoiding hell, it’s about life and redemption. It’s not about avoiding eternal pain to enter a community of paradise when we die, it’s about bringing that paradise to Earth now and then spending eternity with the Creator no matter what kind of reward we get in return – just like the Lord’s Prayer says. “Your kingdom come, your will be done on earth as it is in heaven.”

The story of the prodigal son, and honestly most of Jesus’ life, shows that the ones we judge – the gays, drunks, embittered, self-haters, selfish and worriers,  – those are the ones God pursues.

Those who had real problems and real afflictions and needed real grace – big messy grace – were the ones Jesus pursued. Those who thought they didn’t need grace – the family-values politicians of the day who subscribed to a rules-checklist form of redemption instead of Jesus radical message – were the ones Jesus defied when he was here.

Jesus also didn’t work to change laws and policies to fit his commands. He didn’t rewrite the laws of Moses or install a theocracy. He went to the people who needed to be healed and redeemed and poured into them. He didn’t need to change the rules because he was changing hearts. He didn’t need to ban or protest the things he took issue with, he sought those people out and loved them until they followed him.

I think Jesus knew he could get further with someone by taking them to lunch, meeting their most immediate needs or washing their feet than he could by picketing their business. Instead of waiting for someone to approach him and tell him, “Thank you for holding that sign and showing me the truth,” he would invite a woman on her way out of an abortion clinic to drop her nets and follow him. He would show her love.

As Christians it seems we find ourselves acting like we don’t need grace, which makes us act like complete jerks (and then we’re the ones who need grace the most). We become self-righteous in our pursuits and then when people disagree with us we feel persecuted. Instead of approaching those who disagree with love we fight back with bitterness and when we are bitter we are closing doors.

Here’s the resolution I came to in thinking about all this: When we disagree with someone we should pursue them in love even more. After all it’s too easy to love only people who agree with us. Some of my closest and most meaningful relationships are with those I most often conflict with (Am I right married people?).

Matthew 5:46 in the Messages agrees:

When someone hasn’t experienced Jesus’ redemption we shouldn’t force it down their throat. Successful writers always say, “Show us don’t tell us,” to encourage writers to use more descriptive language. The same should be true in Christianity – let’s show Jesus’ love and redemption and not just tell people about the list of rules we believe in.

Here’s my challenge to you and me: show compassion to someone you completely disagree with. If you’re a Democrat, buy a Republican lunch. If you have a problem immigration, get coffee with someone from a different country. The next time you see someone who is suffering in sin or struggling with a darkness in their life, specifically someone you would normally write off and pray for them in private and love on them in public – but don’t “bless their heart,” to your friends and don’t do it out of pity. That’s what I’m working on. Let me know how you’re doing with it. We can hold each other accountable.

Here are some real life examples:
Jesus Said Love is a group in Waco that goes into strip clubs and brings gift baskets to the women who work in the clubs. They get to know the women on a personal level and offer social work assistance, education, medical education, childcare and nutritional advocacy among other things. The ministry spread to Dallas, College Station, San Antonia and Killeen.

April has a friend in Bryan Texas who knew the food pantry was closed on Saturday and Sunday so he started Potluck in the Park. Everyone who can brings food to the park and then community members who are wealthy, normal and homeless all gather at the park and share food and love with each other. They reach across socioeconomic lines and end with a game of volleyball or frisbee.

Almost anywhere in the county people can sign up to be mentors to impressionable children from marginalized communities through Big Brothers Big Sisters. I’m biased because I’m on the resource board for our local chapter but I’m also a big brother and the experience has been amazing. My little brother Rickiea and I mostly stared at each other for the first four months. I would pry smiles out of him with food and trips to the arcade but it has blossomed into a relationship with his family and he is literally one of my closest friends.

Locally you can find a program like Orchard SummerSalt where community members help tutor underprivileged children to help them get ready for their next year of school. So much is lost in the summer and children with active a parents or parents who don’t have to work two jobs get more educational attention in the summer.